In this post, we’ll explain what LED lights are, what they can do, and why they may be the best choice for your range hood.

LED (light-emitting diode) lights are a modern light bulb that uses less energy and lasts longer than traditional bulbs. They also have several other benefits, like being more energy-efficient and creating less heat.

Contents
1. What are LEDs
2. How do led bulbs work?
3. What are the benefits of led bulbs?
4. Can you use LED lights in a range hood?
5. Frequently asked questions (FAQ)
6. Conclusion

LED is an abbreviation for “light-emitting diode.” LED lighting solutions are up to 90% more efficient in their light production compared to traditional incandescent bulbs. LEDs are small light sources illuminated by an electrical current flowing through a microchip, producing visible light. A heat sink dissipates LEDs’ waste heat to keep the devices running efficiently

If you would like to replace some of your home lighting fixtures with high-quality, long-lasting, energy-saving LED lights, take a look at some of the options below. 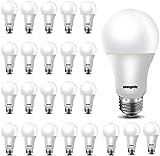 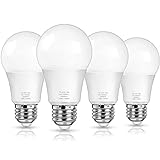 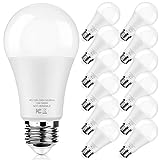 How do led bulbs work?

In an LED light bulb, several diodes are linked together in an array and enclosed by a reflector and perhaps additional plastic or glass case in the desired form. InGaN is the semiconductor of choice for diodes since it emits a brilliant blue light, and, like fluorescents, a phosphor-coated case may be used to produce white light.

Because the casing of each diode refracts light in a certain direction, LEDs excel at directional lighting. A residential omnidirectional LED is more similar to a conventional light bulb. The diodes are arranged in a cylinder configuration that spans about 360 degrees horizontally.

Additionally, diodes are positioned on the array’s apex to generate upward illumination. This configuration emulates the beam spread of incandescent lamps.

In contrast to incandescent bulbs, LED lights don’t use heat to create light. Therefore, they’re more efficient and have a longer lifespan.

What are the benefits of led bulbs?

There is no denying that light-emitting diode (LED) bulbs are among the most energy-efficient options currently on the market, and their designs are only becoming more flexible and inexpensive over time. Among the advantages they provide are:

LED lights provide the same amount of light with fewer watts because they waste significantly less energy as heat than incandescent bulbs.

LEDs do not use mercury, in contrast to CFLs and fluorescent bulbs.

traditional incandescent bulbs only last 1,000 to 2,000 hours, whereas compact fluorescent light bulbs only last around 15,000 hours. LED light fixtures have been tested to endure for up to 1000,000 hours. As a general rule, LED bulbs may last for at least 20 years before they need to be replaced.

You can improve your room’s ambiance by dimming these lights using an LED-rated dimmer.

LEDs gradually lose brightness, giving you more time to acquire a replacement before the light goes out completely.

How do you know if a light bulb is LED?

Even though it’s not required by law, it’s standard for light bulbs to indicate whether they’re halogen or LED. If not, it should show the wattage instead. Anything more than a 10W bulb is likely to be a halogen (25W, 50W, etc.), whereas anything below would be an LED.

Can you use LED lights in a range hood?

Putting it simply, LED lamps may be used in range hoods. However, this transition is not easy. The range hood itself must be LED-ready first and foremost. Also, the LED light bulb you choose must be resistant to heat, wear, and shaking.

Below are some top-rated LED lights made specifically for range hoods. 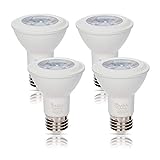 If you want even more tips and insights, watch this video called “How to Choose Range Hood LED Lights” from the 1234buy Equipment Supply YouTube Channel.

Do you still have questions? Below are some of the most commonly asked questions about LED lights.

What is a lumen?

The International System of Units defines one lumen as “the amount of light radiated uniformly in all directions from a point source with a brightness of one candela,” measured across a solid angle. Simply put, lumens measure light output.

Watts, however, does not. Not that watts are bad, but they only reflect energy use, not illumination. New energy-efficient LED technology has rendered wattage obsolete for measuring a bulb’s luminosity.

What is an incandescent light?

An incandescent light bulb is any device that utilizes electricity to heat a filament (or wire) until it glows white. The metal filament would self-destruct long before it reached that temperature if the process were carried out in the open air where oxygen is present.

Incandescent bulbs can produce light because the heated filament is contained inside an evacuated glass shell or globe that is either left empty or filled with an inert gas. A vacuum prevents the wire from igniting, and if the sole gas within the bulb is inert, the wire cannot ignite either.

How do LED lights differ from traditional ones?

Compared to incandescent bulbs, diode lighting uses much less energy. Hence, LEDs may be used for much longer without being replaced by a new battery. Light-emitting diode (LED) lamps use 75% less energy than incandescent lights.

You can’t deny the aesthetic benefits of LED lights. They also provide many energy-efficient options that make your life so much easier. And you can now upgrade your kitchen lighting with LED bulbs.

This article covered the definition of LED, how LED bulbs work, and their benefits. Here are some key takeaways:

So, do you also use LEDs? And did I cover everything you wanted to know? Let me know in the comments section below (I read and reply to every comment). If you found this article helpful, check out my full blog for more tips and tricks in your kitchen. Thanks for reading, and stay safe.